Designed as an alternative to banks of cylindrical bus-mounted capacitors, these modules have higher energy density and simplify bus connections by reducing the number of terminations. By using a single DC Link capacitor in a compact rectangular package, smaller inverter topologies are possible. The use of one capacitor versus several parallel-banked capacitors typically results in enhanced system reliability with lower assembly costs. The MDL series also features long life, meeting a 5,000 hour life test at rated voltage, with a core temperature of 85°C. This translates to a life of 200,000 hours when operated at a 60 °C ambient at full rated voltage and ripple current.

The series consists of 12 values in 4 case sizes, is RoHS compliant, and meets IEC 61071 and UL94V-0. Each unit passes through CDE's industry-leading 100% burn-in testing. 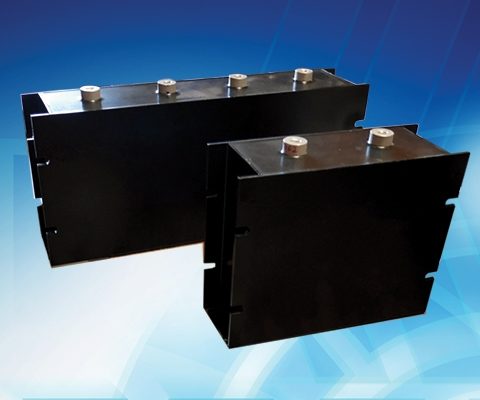 Find a Rep Find a Distributor