EDC and EDS series capacitors are ready to board mount in such applications as real-time clock (RTC) backup, power failure backup, battery assist and in market segments such as smart metering, HVAC controls, building automation, communication systems, appliances, instruments and other microprocessor-based devices.  Because of their high volumetric power density, they can be an effective way to reduce board size and weight.  Either series can be used as a drop-in replacement for similar value capacitors recently discontinued by other manufacturers. Lead times are less than 12 weeks with popular values in stock. 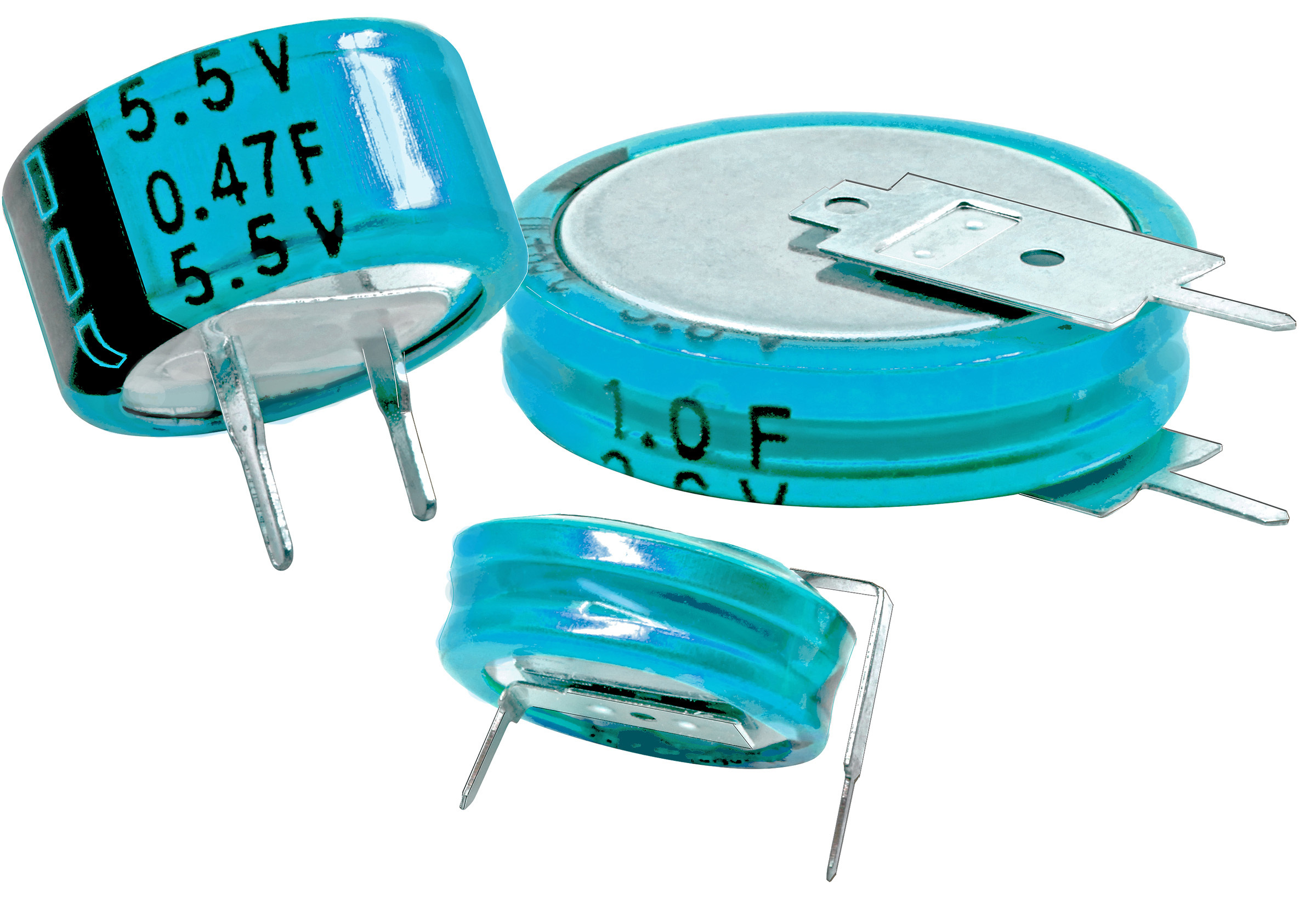